Visit the College of Business homepage

It is with great sadness that the FSU Real Estate Center announces the passing of Mr. Jay Kislak, on Wednesday, October 3, 2018. Jay was a wonderful friend and benefactor of the Real Estate program in the College of Business at Florida State University.

Through his inspiration and support, the Kislak Family Foundation partnered with the FSU Real Estate Center in 2009 to establish the FSU-Kislak Forums and became a lead sponsor of our annual Real Estate TRENDS Conference. The funding provided by the foundation has enabled our students to be not only better informed, but to be challenged and inspired by their participation in these events.

Given with the understanding that the Kislak contributions were to be matched one-to-one by other sponsor contributions, the Kislak gifts have resulted in well over $1 million in additional funding to our program. Since 2010, nearly 9,000 individuals have participated in events sponsored or co-sponsored by the Kislak Family Foundation, and more than 1,500 students have benefited directly from the funding.

A celebration of Jay’s life will be held, Sunday, Oct. 7, at 4 p.m. in the sanctuary at Temple Beth Am, 5950 North Kendall Drive, Pinecrest, Florida 33156.  At the family’s request, no flowers please. 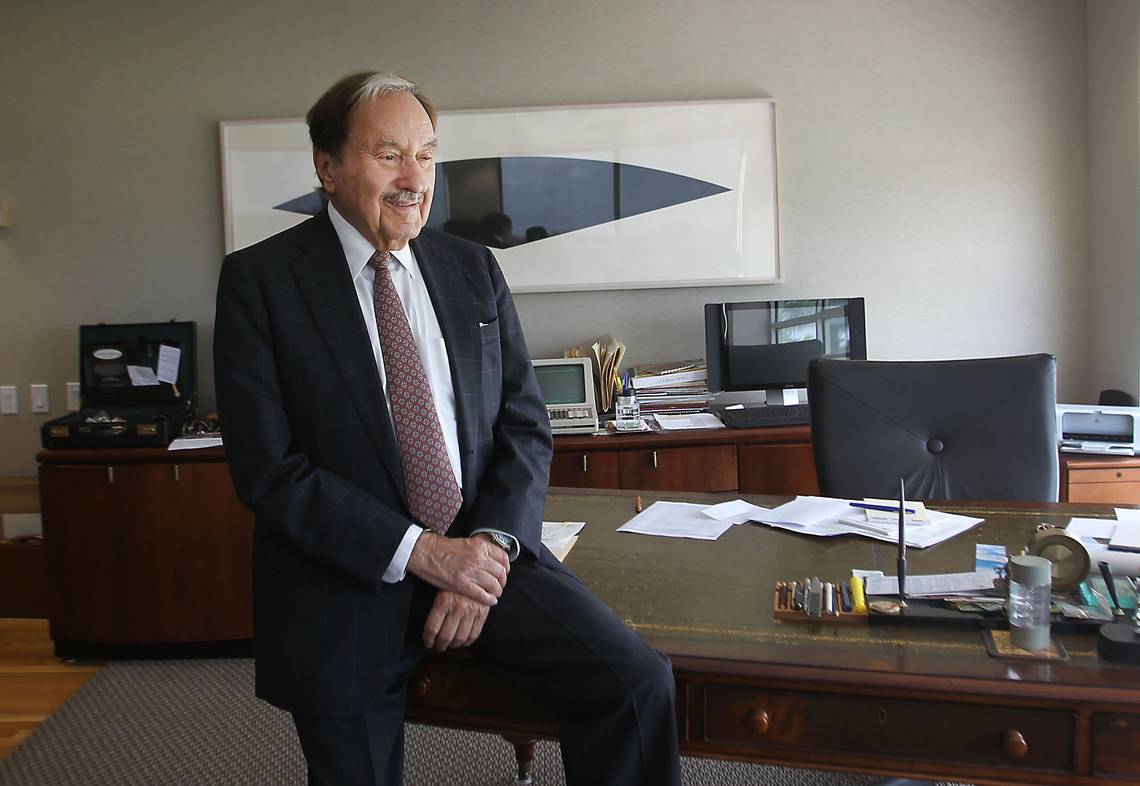 Innovative businessman, philanthropist, aviator, collector, history enthusiast, and patron of education and ideas, Jay I. Kislak, 96, died peacefully at his Miami home on Wednesday, October 3, 2018. The son of Julius I. Kislak and Sophia Segal Kislak, Jay was born June 6, 1922, in Hoboken, New Jersey.

Entrepreneurial and driven, Jay got his first real estate license while still a high school student at Newark Academy. He earned a degree in economics from the Wharton School of Finance at the University of Pennsylvania, graduating early to serve as a Naval Aviator in World War II. Upon returning home to New Jersey in 1945, Jay entered the family real estate business full time and made it his life’s work.

Jay and his first wife, Beverly Braverman, had three children – Jonathan, Phil and Paula – and remained friends until her death in 2015.  In the early 1950s, Jay moved his family to Miami, establishing what would become one of the country’s largest privately held mortgage banks, originating and servicing loans nationwide for more than 40 years. Until his death, Jay served as chairman of the Kislak Organization, which today focuses on real estate investment and brokerage.

Through a shared passion for art, Jay met Jean Ellis Hart and they married in Miami in 1985. They shared adventures that took them from the North Pole to the South Pole, and included every continent.
While building a successful business enterprise, Jay has also created a cultural and historic legacy – unique collections of rare books, maps, manuscripts, paintings, prints and artifacts. With Jean, he established the nonprofit Jay I. Kislak Foundation for the conservation and study of materials related to the cultures and history of the early Americas.

In 2004 Jay donated more than 4,000 items from the collection to the Library of Congress. This extraordinary gift to the American people, is now on permanent display and features one of Jay’s greatest acquisitions – the 1516 Carta Marina Navigatoria, the first printed navigational map of the world by the celebrated German mapmaker Martin Waldseemüller.

Through a landmark gift in 2017, Jay and his family established two permanent South Florida homes for his internationally significant collection – Kislak Centers at the University of Miami and Miami Dade College Freedom Tower.

The Kislak Family Foundation also established Kislak Centers at the University of Pennsylvania, and at Monmouth University (N. J.), and supports programs at Florida State University Real Estate Center, the University of Florida College of Veterinary Medicine, and other institutions.

His Majesty the King of Spain Juan Carlos I granted Jay the prestigious Encomienda of the Order of Merit Civil, and he was named a Miami Living Legend by Miami Today newspaper, a national Unsung Hero by Curtiss Mansion, and received the Lifetime Achievement Award from the Association of Fundraising Professionals on National Philanthropy Day 2017.

Jay never lost his genuine sense of curiosity, constantly asking questions, interested in learning more, and embarking on new explorations. Into the final decade of his life, Jay’s energy, memory and physical bearing were remarkable.

He was predeceased by his parents and sisters, Sima and Naomi, and his first wife, Beverly. In addition to Jean Kislak, his wife of 33 years, Jay is survived by his children, Jonathan (Tina) Kislak, Philip (Silvia Figueroa) Kislak, and Dr. Paula (Dr. Peter Mangravite) Kislak; step-daughter Jennifer (Noel) Rettig; grandchildren, Rebecca, Jason, Tamara, Libby and Jane; and great-grandchildren, Ezra, Simon, Kayla, Julia, Stokes and Aura. He is also survived by his brother, David, and many nieces and nephews.

Jay’s family was among the 25 founding families of Temple Beth Am, now one of the largest temples in Florida, and he also was a member of Temple Israel of Greater Miami, and Synagogue Adas Yoshurun in Rockland Maine. A celebration of life will be held Sunday, October 7, 2018, at 4 p.m., at Temple Beth Am 5950 North Kendall Drive, Pinecrest, Florida 33156. No flowers, please.

Rebuilding after Hurricane Ian: Insight from board director, Matt Harrell